On the poster of the 17 Sustainable Development Goals (SDGs) adopted in September 2015 by the United Nations, goal #2 says simply: Zero Hunger.

But the goal is actually much more complicated and nuanced than zero hunger, according to Jeff Terry, Amway global manager of corporate social responsibility. 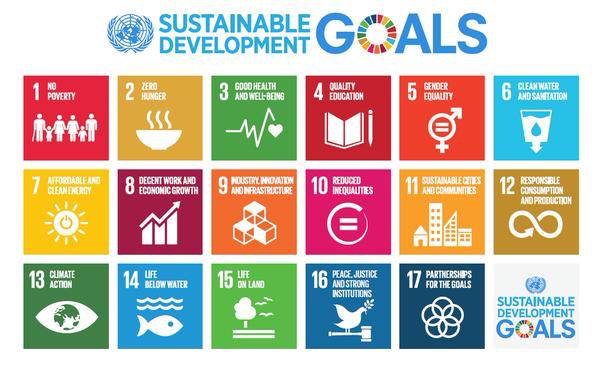 “One of the key indicators in SDG#2, and what we’re focused on, is eliminating by 2030 malnutrition in all its forms, especially in children under age 5, and creating consistent metrics on under-age-5 nutrition,” said Terry.

Terry knows what he’s talking about. He manages the Nutrilite™ Power of 5 Campaign (#powerof5), the Amway program providing Nutrilite Little Bits™ nutritional supplement to malnourished children aged 6 months to 5 years. He also led the 2014/2015 effort between Amway, the Global Alliance for Improved Nutrition (GAIN) and other organizations to map aspects of malnutrition around the world.

Q: What kind of investment is Amway making to support the United Nations Sustainable Development Goals?

Terry: It’s never really about dollars and cents, though that’s unfortunately the way too many people think about the private sector involvement. It makes more sense when private companies like Amway can take what they do better than anybody else and turn that into a tool for social good.

“It makes more sense when private companies like Amway can take what they do better than anybody else and turn that into a tool for social good.” – Jeff Terry, Amway global manager for corporate social responsibility 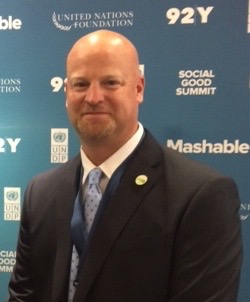 Malnutrition is more than a lack of food, it’s a lack of nutrients. So for us, that’s using our expertise in nutrition to make a micronutrient supplement you mix into any native food in a child’s meal, and that’s what Nutrilite Little Bits is all about. It is a vehicle for us to help reduce rates of malnutrition around the world – most importantly, household by household.

But we can’t do the work by ourselves. And without us, it can’t be done either. So we need to play our role with other companies, governments and non-governmental organizations to ensure that ultimately by 2030 that goal can be achieved.

Q: What is the Amway commitment?

Terry: Our commitment is that by 2019 – the 60th anniversary of Amway as a company – we will bring Nutrilite Little Bits into 20 countries, ultimately helping to directly improve the lives of at least half a million children and their families. With the contributions and promotion support of our Amway Business Owners, Little Bits is already in 11 countries.

But Amway is not an implementation organization, so it really takes all different kinds of partners for us to do this kind of work. We need partners like Care™, World Vision, Glasswing International and local implementation organizations, as well as governments, to implement it. They have national strategies to reduce the rates of malnutrition, and we bring in Little Bits to help them accomplish this work effectively and in a sustained way.

We’re helping these local organizations strengthen their existing programs to serve families and children by adding this nutrition element. But the behavior change communications, health assessment evaluations and metrics and the nutrition education component we’ve built in also are all critical to helping improve families’ nutrition overall.

“We can’t do the work by ourselves. And without us, it can’t be done either.”  – Jeff Terry

Q: What is the U.N. Foundation’s role in this?

Our support is about ramping up the +Social Good Community – expanding and building it into the Amway community of millions of Amway Business Owners. By adding engagement through the +Social Good Community to the Nutrilite Power of 5 Campaign, we’re bringing Amway people into the collective issue to help raise awareness about malnutrition and to share the opportunity for collective action. Whether they’re sitting in Seoul, Mexico City, Kuala Lumpur, Munich or Johannesburg, we can galvanize Amway Business Owners, employees and members of the general public that want to help fight childhood malnutrition.

Q: Are you saying even people not affiliated with Amway can help?

Terry: Sure. For as little as $10 a month you can provide Nutrilite Little Bits to a malnourished child for a month.

This becomes a platform for us to, first, extend awareness and then, second, help individuals easily and tangibly get involved in this movement. It’s becoming a virtual community that’s going to allow us to reach the ground in tens of millions of communities globally, wherever someone’s walking around with a smart phone in their hand. You can go to the Nutrilite Power of 5 website (powerof5.nutrilite.com) to learn more.

Q: What else is different about the Amway approach?

Terry: The way we developed and designed Little Bits as a tangible product to help intervene in children’s lives to help improve their health. The manufacturing, the discipline we’re putting around quality just like we do all our other products, our distribution systems and supply chain. We’re leveraging all that just as we would in taking a product to market – but we’re doing that with a product that we have not, and will not ever, make money on.

“We’re leveraging all that just as we would in taking a product to market – but we’re doing that with a product that we have not, and will not ever, make money on.” – Jeff Terry

And this isn’t just about supplying product for a short time – it’s a long-term commitment with plans and metrics for evaluating the results. For every country, the World Health Organization (WHO) has healthy growth charts for children in the first 5 years of life based on country-specific parameters.

Our goal is to move kids from below that healthy zone and get them up into the healthy zone. That takes some time, but we are committed to sticking it out with them. We will support a child from age 6 months to age 5 years if that’s what it takes to help them become a healthy, better-nourished child.

Q: Do you have documented results yet?

Qualitatively, families are saying that within a few months they could see the skin on their babies improve, their hair getting thicker and darkening up, the whites of their eyes becoming clear and not yellow. The activity levels of these kids are increasing so much, and they’re getting hungrier for more food because they’re starting to develop the right way.

Terry: I’ll give you just one example. We launched a Nutrilite Power of 5 Leadership Circle for our highest ranking leaders in May 2015, an open invitation to help raise awareness and get involved. Nearly two-thirds of the largest Amway distributorships have signed on to promote the Power of 5 Campaign. Through events and promotions, our business owners are raising awareness and funds to help us bring more Little Bits to more children around the world, and we are just getting started.