While building a business selling a new energy drink, David Vanderveen learned a few things about the next generation of entrepreneurs – individuals who want to blend adventure and business into one meaningful life.

It’s a group that tends to be more entrepreneurial overall, they don’t erect a wall between work and leisure, and they sure know how to have a good time. With that formula in mind, Vanderveen built XS™ Energy  (pronounced “excess”) into a $150-million-a-year business, reaching out to potential Amway™ distributors on their own terms. The brand is demonstrating the art of making money, playing hard and making a difference in the lives of others all at the same time.

“We’re seeing a lot of people who are saying, ‘Life’s not just about finding a job.’ They’re way more entrepreneurial than previous generations.” – David Vanderveen, vice president and general manager for the XS Energy brand

With the acquisition of the XS Energy brand earlier this year, Amway plans to spread that same passion and enthusiasm throughout its business while partnering with this new type of entrepreneur.

Looking for the game-changer 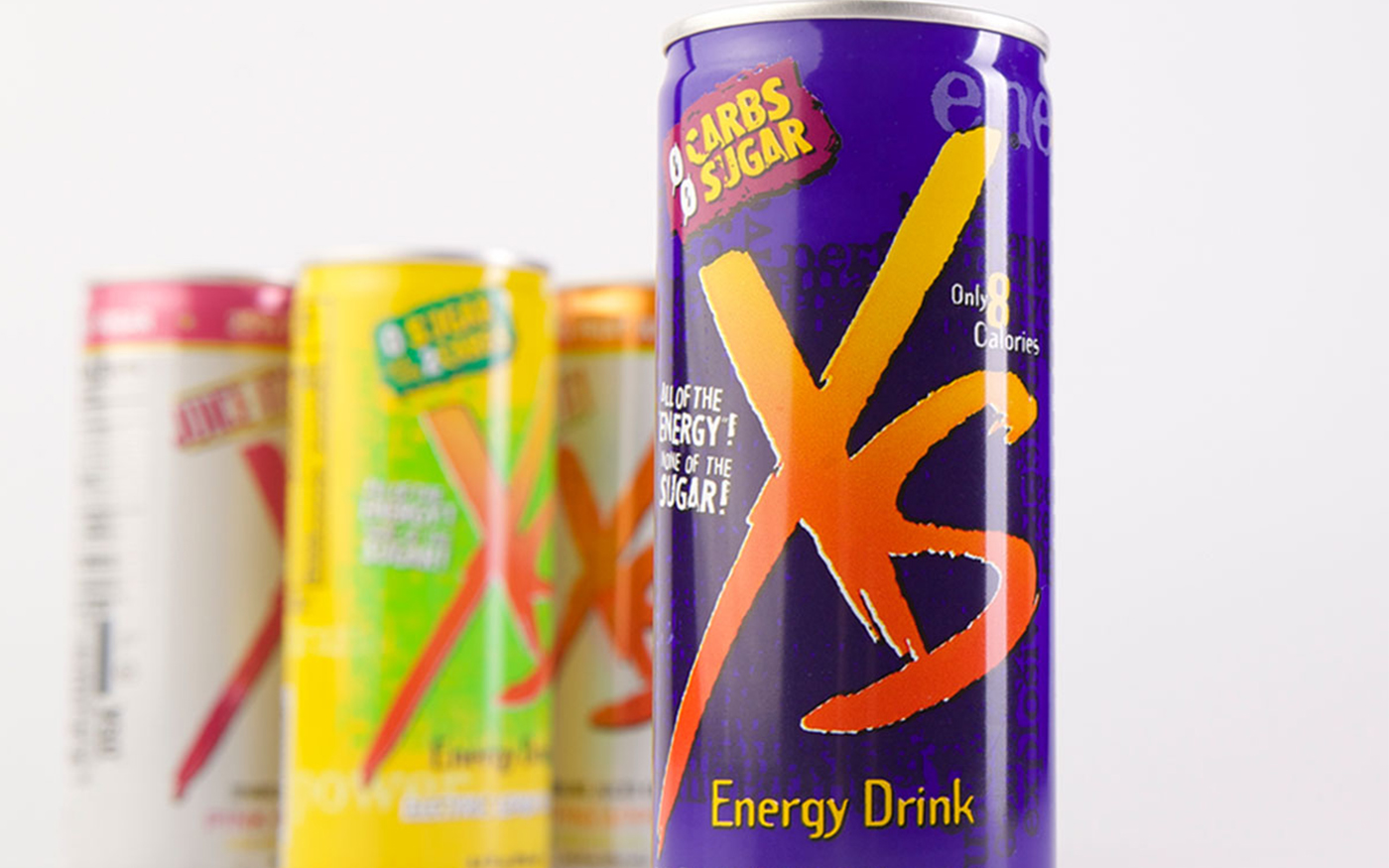 “I think what Amway saw in the XS™ Energy brand was the ability to reach the next generation of business leaders,” said Vanderveen, who is working with Amway as vice president and general manager for XS™ Energy following the acquisition.

“We’re seeing a lot of people who are saying, ‘Life’s not just about finding a job,’” he said. “They’re way more entrepreneurial than previous generations. It’s more about the flexibility to go traveling, to see the world, in addition to having a family and having the ability to make money.”

For them, the line between work and play is disappearing, blending in with a lifestyle that says work should be more than a way of making a living.

“We didn’t buy XS so we can make it more like Amway. We bought XS so we can learn from them.” – John Parker, Amway vice president and chief sales officer

While Amway will help XS Energy spread its reach beyond the 38 countries where it already is distributed, a primary reason for the acquisition is to help Amway better support its distributors with an experience that is fun, adventurous and surprising.

“We didn’t buy XS™ so we can make it more like Amway,” said John Parker, vice president and chief sales officer for Amway. “We bought XS™ so we can learn from them.”

For Amway, XS™ Energy is “more than a brand,” he said, but it could help “redefine what Amway could be for future Amway Business Owners.”

XS Energy built its business by sponsoring club parties and other events patterned to the lifestyle craved by the young people it was trying to reach. Parker saw first-hand how successful that strategy was in Japan, where he was president of Amway Japan before assuming his current position.

For many of the young people attending the parties, the XS Energy brand becomes a “door opener,” a conversation starter that can lead to introducing them to the full range of Amway products they could sell if they became Amway Business Owners.

The reason it worked in Japan is that leading Amway Business Owners identified the interests of those they wanted to reach and organized events around those interests, he said. For some, it was a lively party with a DJ and dancing. For others, it was surfing or other outdoor events. Parker pointed out it’s not really so different from a more traditional example of a group unified around a shared interest – women who are Amway Business Owners in Japan holding cooking demonstrations using Amway Queen™ Cookware.

“It wasn’t the company deciding, hey, we want to go out and sponsor a surfing event,” Parker said. “We’re not trying to turn everybody into surfers. It was sitting down with the ABO leaders and finding out what interested them. It really created an experience that was surprising to anyone who came. ‘Wow, this is Amway?’ It delivers to them the type of event that makes them feel good about what they’re doing.”

The new strategy will identify communities of people united by shared interests and introduce them to Amway at events built around those interests, Parker said. “It’s the idea of a community and a group coming together around some event or activity,” he said, adding that their interests will vary from one market to the next. “We’re not trying to force a one-size-fits-all approach.”

Local Amway staff will work closely with the leading Amway Business Owners in their markets to “identify what is that activity that you can build an event around to bring people together,” Parker said. “It’s all about what is interesting for these different groups.”

“Rich and Jay had the time of their lives. There wasn’t a wall between their work life and leisure. When they started Amway, they were that under-35 group we are trying to appeal to now.” – John Parker

By adopting XS Energy’s strategy combining business and pleasure, Amway is changing with the times and overcoming a false image of the company as all about business, while making it more appealing to a new generation of business owners. The idea is to infuse throughout the business a sense of passion that work should be fun, Parker said.

“Maybe the Amway of the past was a suit and tie in a hotel meeting room that felt much more conservative,” he said. Some Amway Business Owners still might prefer that more-traditional approach. For the younger generations, a club party or snowboarding event might be more appealing.

“There are a lot of people in the middle who want both,” Parker said. “It’s all about adding more fun to the mix of business.”

In a way, it’s a return to Amway’s roots, he said, since Rich DeVos and Jay Van Andel brought passion to whatever they were doing – sailing the Caribbean, starting a flying school and trying other business ventures before founding Amway in 1959.

“Rich and Jay had the time of their lives,” Parker said. “There wasn’t a wall between their work life and leisure. When they started Amway, they were that under-35 group we are trying to appeal to now. It’s about living life to the fullest and having all those things that add up and give life meaning.”

The acquisition further cements the relationship between Amway and XS Energy, which began in 2003, when Amway became the exclusive distributor of the energy drink brand.

Vanderveen credited his experience as an Amway Business Owner, beginning more than 20 years ago, with giving him the confidence and knowhow to co-found XS Energy. He was part of a team that came up with the idea of creating an alternative to sugary energy drinks and sodas that led the market. But promoting the new drinks wouldn’t be enough. Many consumers didn’t care for the flavor of other energy drinks on the market at that time. His drinks (now in 13 flavors) had to taste better.

“When we talk about reaching someone with our brand story, we ask the question: ‘Why do I care?’ It’s about helping them discover something that adds value to their life.” – David Vanderveen

When he co-founded XS™ Energy in Laguna Beach, Calif., he decided the drink, unlike its competitors, would be a great experience from beginning to end. It would taste great, be sugar free, low calorie and would include a mega-dose of vitamin B-12, rather than just the high levels of sugar in other energy drinks.

“I said, ‘We need to do something that’s going to change the game and bring new people into the category rather than fight over the market leader’s customers,’” he recalled. “What we had to do was look at the habits people did have and replace the products in their habits, rather than create new habits. We wanted to say, ‘Look, this is a replacement for your soda.’”

Before teaming up with Amway, the new company sold XS™ Energy Drinks through grocery stores, offering samples to shoppers. The target for the sale was the person who did the shopping for the home. Those shoppers were the “deciders.” But Vanderveen knew he needed to market to the “approvers,” specifically the people in the household who would consume XS™ Energy Drinks and share the brand with their friends.

But how? “When we talk about reaching someone with our brand story, we ask the question: ‘Why do I care?’ It’s about helping them discover something that adds value to their life, not just something that we want to tell them. Once we figure out a story that connects, we need to locate them. Where are these people?” he asked. “How do we meet them where they’re at? You’ve got to start where they’re at. You can’t clean a fish until you get it into the boat.”

“The XS™ brand was so different in the early days,” said Vanderveen. “We’d sample in supermarkets and convert 20 percent of the foot traffic to purchase when less than 8 percent of consumers were even buying energy drinks. People were replacing other beverage

“It became obvious to me that this whole experience could be really powerful for Amway,” Vanderveen said. “When you share a cold XS™ Energy Drink with someone who’s never had one, the reaction is, ‘Wow, that’s good,’ he said. “The next question is, ‘Where do I get it?’”

“When you share a cold XS™ Energy Drink with someone who’s never had one, the reaction is, ‘Wow, that’s good.’ The next question is, ‘Where do I get it?’” – David Vanderveen

“Funny you should ask,” he would say. “If you like that, maybe you should see some of the other products that we have…”

For many of the young people attending the parties, the XS™ Energy brand becomes a “door opener,” he said, a conversation starter that can lead to introducing them to the full range of Amway products they could even sell if they became Amway Business Owners, including Nutrilite™ vitamin and dietary supplements, Artistry™ beauty and skin care, and eSpring™ water treatment systems.

It’s still about business, about earning a living, he said, but it’s also about “making it fun along the way.”

Parker agreed. “At the end of the day, we’ll know if it’s working if we sell more products and more people sign up to build their Amway™ businesses,” he said. “I’m very confident it will be successful.”